When I was on Coast to Coast AM to talk about Beyond the Seventh Gate and other strange things in South Central Pennsylvania, George Noory asked me what is the deal with all of the closed/abandoned roads in the area. I guess I hadn't thought much about it before his question... roads are closed for various reasons... but as George said to me - roads go SOMEWHERE.

When you close a road, you are closing access to something. The act of doing this has symbolic repercussions at the very least. It's no wonder that so many of these roads begin to become associated with spookiness and the paranormal.  I have started to photograph these ghost roads - as I hike them; as they become lost to time, tangled weeds, and twisting branches. Recently, the mysterious Skinwalker Ranch has again been in the news for a public road through the ranch, once closed, has been ordered re-opened. It may not be open for long as lawyers representing the property are acting quickly to close the road.

For now, let's start closer to (my) home with the mysterious Toad Road - a location with so much paranormal activity that I sometimes wonder if it isn't our own Skinwalker Ranch right here in Pennsylvania. Unfortunately, almost everything reported about Toad Road ranges from complete fiction to exaggerated urban legend based on scattered and misremembered facts.

What Toad Road does have is many, many witness reports of strange activity - almost none of these reports have anything to do with ghosts of insane asylum victims (though they are attributed to those ghosts because that is the popular story). What people report most often are screams from the woods, being stalked or paced in the woods, black dogs, or dog headed things, orbs and strange lights in the woods, etc... all of these reports sound more like cryptid activity than ghosts and I believe it is cryptid activity which many people experience on Toad Road - and often attribute this strangeness to "ghosts". In the book, I even tell of one newspaper story I found of a man sent to the hospital by a hairy "monster" in the area of Toad Road. I am still collecting stories of any paranormal activity on or near Toad Road - so if you or anyone you know has any stories they would like to tell me, please get in touch.

So, where is Toad Road ... it's a stretch of formerly-public road in York County, PA. Please do not go there - the local property owners do not want people legend-tripping all over their property - you're not going to find any Gates to Hell there - or any abandoned asylums/mansions - and chances are you're not going to run into any cryptids, so leave the place and the local people in peace please.

Toad Road - and there seems to be some disagreement as to whether it was ever officially named Toad Road or it was just a local nickname - but I assert it WAS officially named Toad Road based on my research. I think the Township would rather people forget about the place so even on their official website they state there was no Toad Road. There was - whether it bore the name officially or not it was known as Toad Road to locals. It was a stretch of road that appears on maps as far back as the early 1800s - possibly before. It basically tracked along the Codorus Creek and, at one time (pre-1945) lead to and around Codorus Furnace - a Revolutionary War era iron forge. (for more on cryptids, the paranormal, and iron forges see my earlier post on the subject ... I also have prints of my Codorus Furnace illustration available)

Toad Road was a stretch of road which originally connected Trout Run Road and River Farm Road. Pre-1945 Furnace Road stopped at Toad Road - sometime later the roads were changed and Toad Road stopped at Furnace Road - right as it makes a sharp turn at the creek. Actually, pre-1945 all of Trout Run Road, Toad Road and River Farm Road was designated as "T945" on maps - so perhaps it was all Toad Road. It's hard to say. The stretch of Toad Road which is now closed (between Trout Run Rd and Furnace Rd) is only about 1.5-1.75 miles long. The road was closed after Hurricane Agnes in 1972 when it was washed out and never reopened.

If you would walk Toad Road today, you would be greeted at one end by a gate: not a gate to Hell, but an unremarkable gate as such you will find on farms across rural America. In fact, the only remarkable thing about this gate is the number of "No Trespassing" signs posted on it. 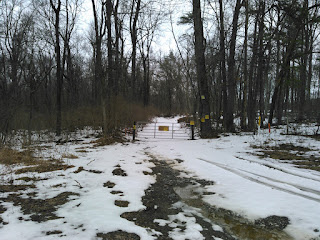 The road has been taken back by Nature. Notice the trees across the path/road. There are many, many of these along the way. Some attribute such 'road blocks' to bigfoot creatures. 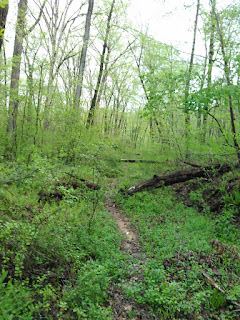 In places, you can see where the road once was... in others, it is hard to even find the path now. 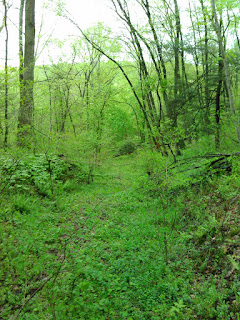 What once was a road is but a muddy path... 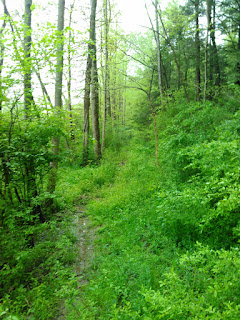 Which makes its way along the banks of the rushing Codorus Creek... 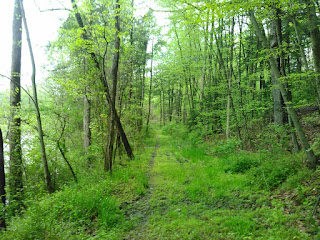 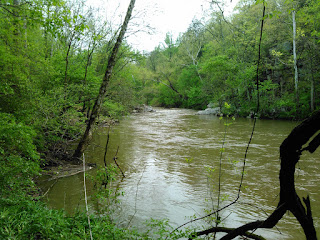 And crosses the Trout Run... 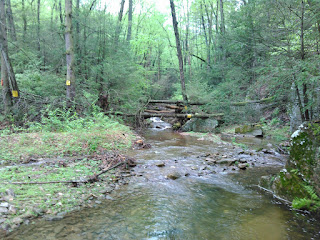 Leading, eventually to some rocks with fading graffiti from long ago. 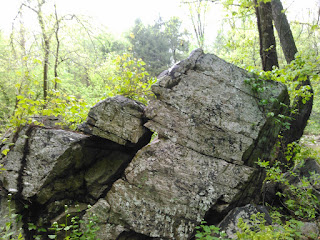 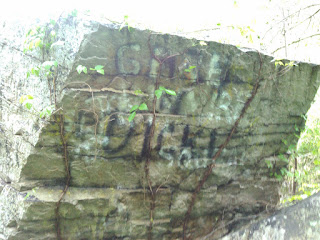 The path gets thicker with weeds and harder to navigate as you get closer to Furnace Road. 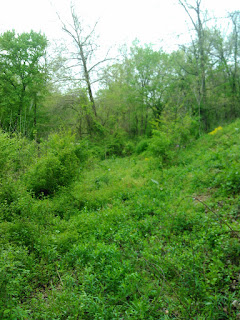 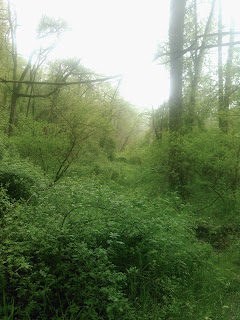 If you don't get lost, you can find your way to Furnace Road, close to Codorus Furnace. Ruins of an old flint mill can be seen along the bank. This section of Furnace Road would have been part of Toad Road pre-1945. 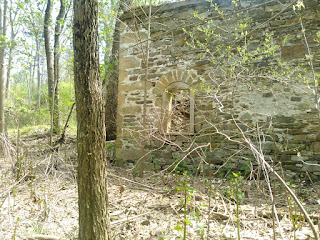 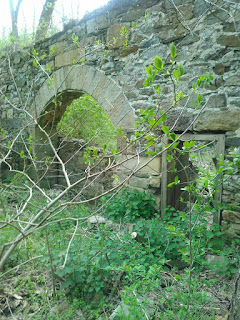 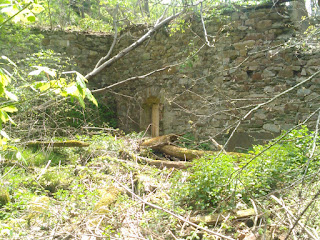 The road then passes Codorus Furnace itself: 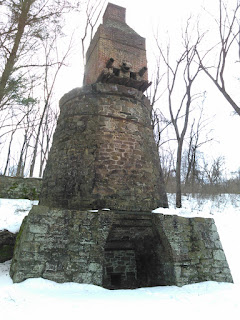 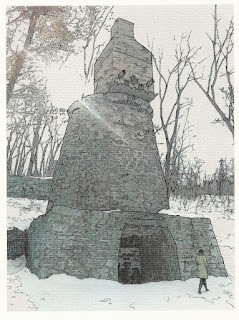 Roads do indeed go SOMEWHERE, sowhere did Toad Road lead? It lead to Codorus Furnace, almost certainly. Strangeness follows Codorus Creek (as it does many creeks and rivers) - and strangeness seems drawn to these old iron forges.

In all my photographs on Toad Road I did find one weird thing. I do not know what it is - pareidolia, or something else? 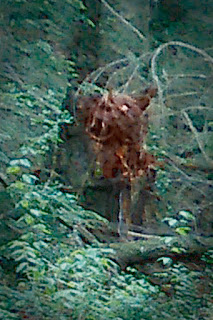 For more information on Toad Road see Beyond the Seventh Gate.

Click here for part two of the Ghost Roads series.

If you have had a strange experience or if you've seen something weird - in South Central Pennsylvania or further abroad - please email.
Posted by Timothy at 9:27 AM